Call us nuts, but we’re traveling in a 27-foot camper for three weeks with three large dogs who we, lovingly, call the Brat Pack. They have their quirks (what dog trainer’s dogs don’t) but we adore them. 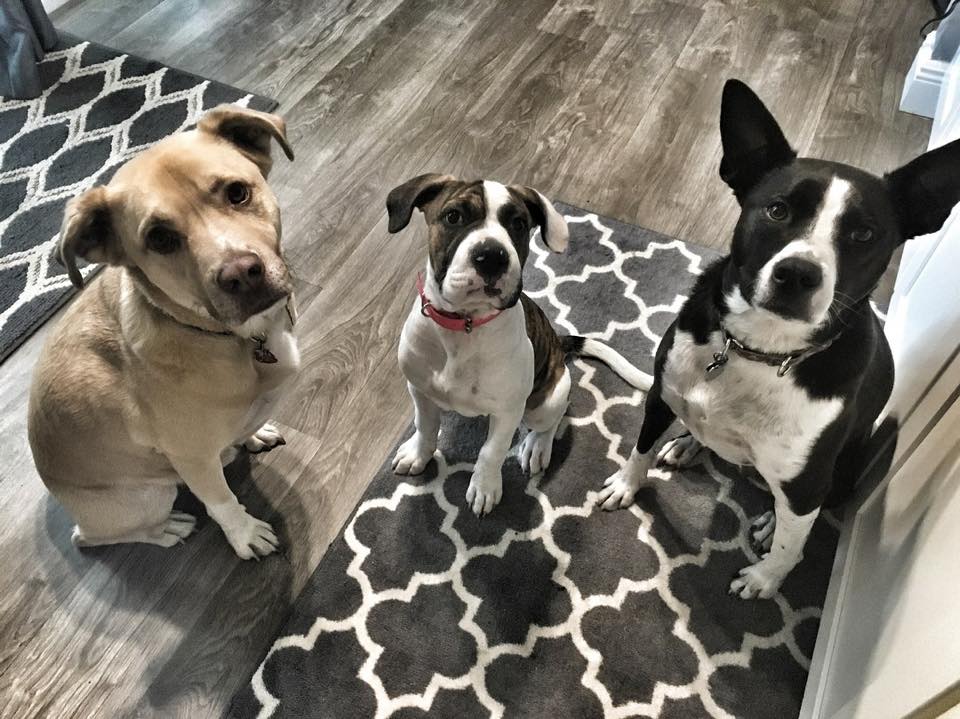 Hendrix is an 8 year old White Swiss Shepherd mix. He’s an ornery old dude at times, he’s got a bit of anxiety and he prefers to chill with his humans than other dogs. He gets along with everyone, two legged and four, and anyone who meets him loves him. Seriously we get threats to steal him at least a few times a week from friends and strangers who can’t help but instantly adore him.

Ellie, the black and white, is a six year old Border Collie mix who has an insanely high drive and no ability to control it. She can be reactive and dog selective and will likely always be our problem child. She’s my running partner and though I have to choose my routes wisely to minimize bikes, skateboards, and even other runners, having her with me on trail gives me added security. Her bark is far worse than her bite but I have no doubt this dog would do anything to protect me if the situation arose.

Then there’s Quesa. She’s our new one. A six month old American Bulldog mix who was supposed to be a foster but won us over with the cutest face ever. She’s all puppy and it’s fun watching her navigate everything new.

One of the things we knew we would do throughout this trip is occasionally take the pack to doggie daycare …  for them as much as for us. Though we’re only a few days in, Blue Ridge is gorgeous and we were itching for a day on the lake. And no doubt these guys needed to burn off some energy. So last night we called around and found a place that could take them today.

As soon as we walked in we could sense some apprehension. I started filling out the new dog paperwork as we watched the Brat Pack dart around the open room. There was a small dog pen off to one side with a few little dogs, a larger fenced pen housing a boxer, and a wooden gate keeping a few other mouthy mutts in a hallway.

Hendrix, social butterfly that he is, was roaming the room sniffing at every dog. Ellie, true to her charming personality was being an ass to the barrier reactive boxer (yes, the boxer started it) and Quesa was in puppy heaven trying to figure out who to play with first. Though the energy was high, there was nothing concerning about anyone’s behavior and I was floored when we heard the daycare owner ask “do they all have pit in them?” And then, a few minutes later declare “this isn’t going to work. You should take them to K9 Encounters because they take your type of dog”. Seriously? Our type of dog?

For a minute I just stood there confused. It’s no secret breed discrimination runs rampant but rarely have I seen it in a human with a dog oriented business. I had no desire to stand there and listen to this woman stereotype my dogs so I went to the car to call other area daycares (not before watching Quesa take a big old shit on the woman’s floor though). Don stayed inside collecting the dogs and pushing the owner on why she was turning us away at which point she turned and pointed at Hendrix and said “That one there! He’s AGGRESSIVE!”

Now if she had pointed to Ellie, I might have cut her some slack. But Hendrix?!? I’m not kidding when I say that he is the ultimate lover. We use him in puppy training. We use him with aggressive dogs because we know 100 percent that if a dog goes at him he simply turns and saunters off. That dog couldn’t hurt a fly. Well actually I’ve seen him eat a couple of those but flies are really annoying so I get it.

I wish I had stayed inside because Don apparently turned angry dog daddy and went off on the woman before storming out with them. By then I had called a couple other places and we found a real dog business that had no issue with “our type of dogs”.

The day ended up being amazing. Don and I broke in our new inflatable kayak on the lake then wandered around downtown for a late lunch and a little window shopping. This evening we picked up three very tired and very happy pups from daycare.

Hopefully we won’t have this type of experience again. Sadly I know there are a lot of people out there who choose to hate based on stereotypes and misconceptions but I also know there are plenty of humans who understand that it’s not ok to judge a dog by their breed. 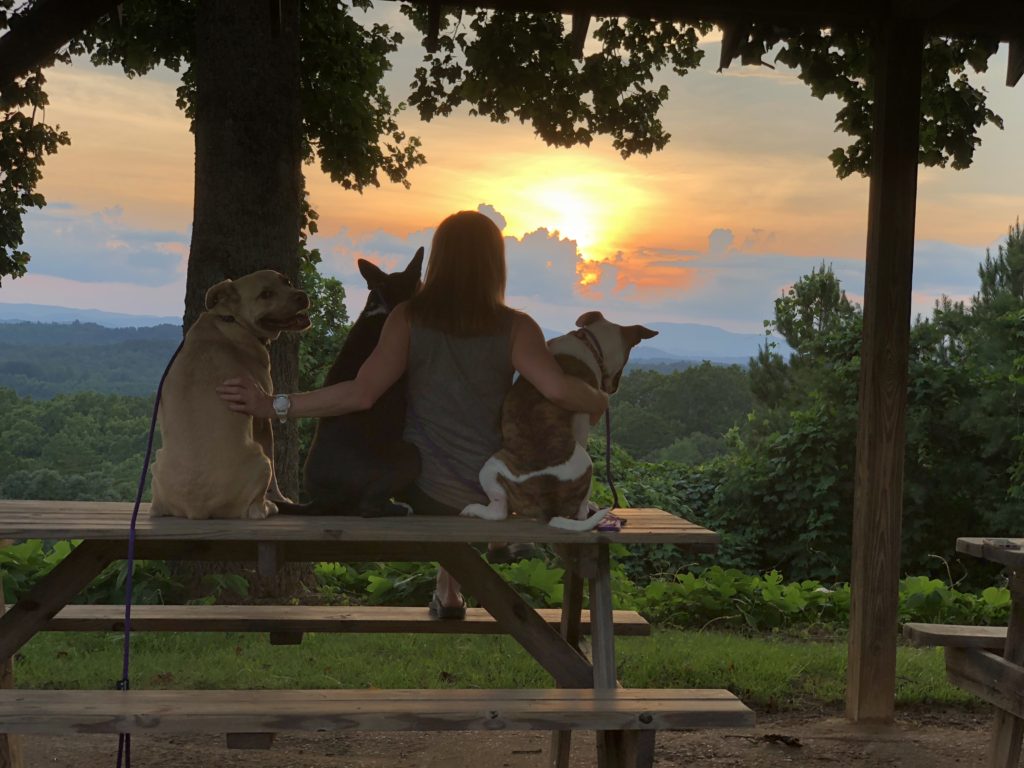 Georgia On My Mind
What’s Behind The Yellow Sign