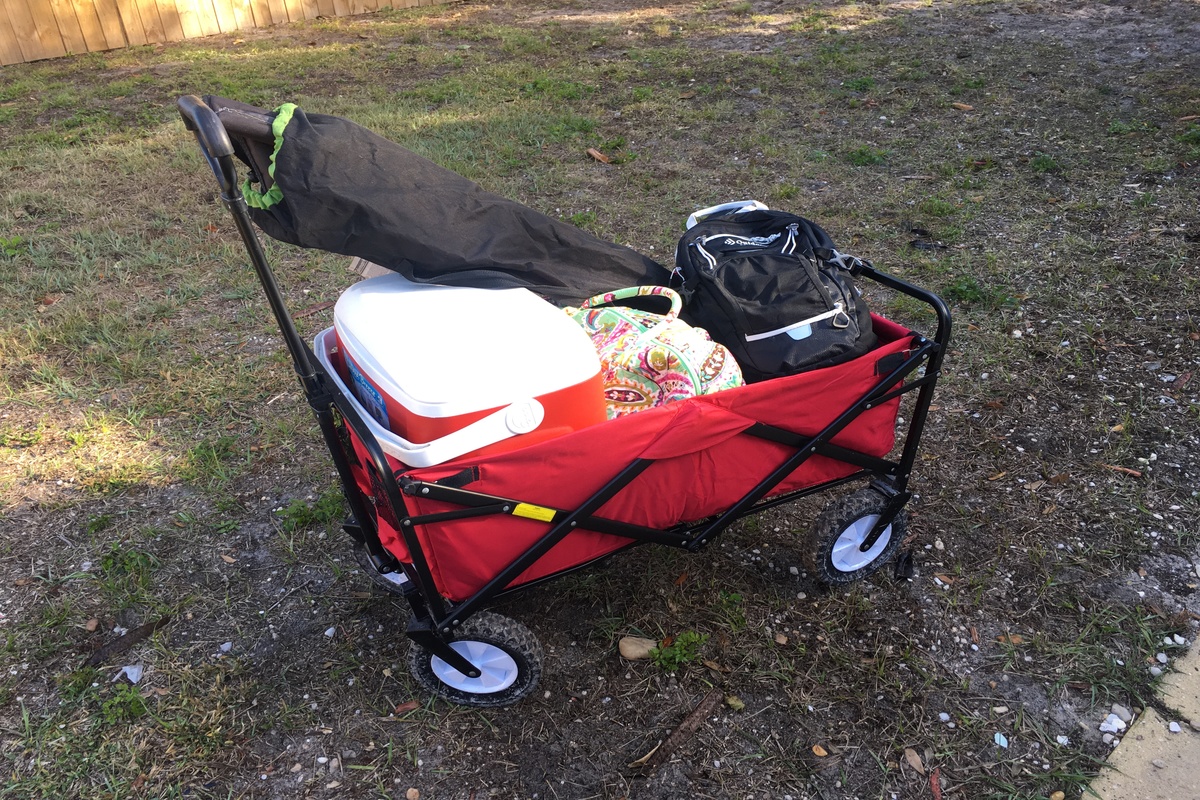 This past weekend I paced and crewed my friend Sandy at a 100-mile attempt. She ran this same race, Long Haul, last year as her first hundred and I was honored to be a part of that crew as well. She’s had a couple rough race attempts lately including a DNF on a hundred a few weeks ago so Long Haul was a last minute redemption decision for her and I cleared my calendar as soon as she told me. Given I’m not sure my body will ever allow me to finish a 100-mile race, crewing is the next best way for me to still be a part of them.

Though race start was 7 a.m., I got out to the course around noon on Saturday. I knew Sandy wouldn’t need me in the beginning and I wanted to be fresh for when she did. The Long Haul course is great. A flat, non-technical trail that has multiple loops off a central hub that houses Aid Station #2. All little loops completed add up to 20 miles and, no brainer, runners do that 5 times. Being familiar with the course, I knew there was a long walk to where we would be set up so I brought my new little red beach wagon to haul all my crap down to staging. It was a couple hours before I saw Sandy for the first time and she looked incredible. Strong. Confident. Happy. I hopped in with her for one of the shorter loops just to chat, feel out her plans for the night and make sure there wasn’t anything major she needed.  Five miles later I knew she was solid.

One of the best parts of ultra running is no doubt the camaraderie. Though I didn’t know a lot of the runners on course this year, a number of people from my running circle were volunteering or crewing so I wandered around, drank a couple beers and helped out a bit at the Aid Station. The day was cold, a rare Florida blast of winter that I was thoroughly enjoying. I hopped in for another little run at one point. This one about four miles but after that I had to save my legs. My mileage has been crap lately and the decision had been made that I would do the full fourth loop of 20 and our friend Sara, the other half of the crew, would do the last.

It was well past sundown when Sandy and I headed out for loop four. The temps had dropped into the 30s but she had planned accordingly and added layer after layer as needed. She was feeling great and I had little doubt she was going to kill it on this race. The issue that had plagued her last race, a tweak in her lower back, hadn’t emerged at all and our only other real concern was her nutrition. Last year around mile 75, an intense dizzy spell and weird shakiness led us to determine Sandy hadn’t been eating much throughout the race. We pretty much forced food down her throat and not long after she was back up and running. This year we were determined to preempt that potential pitfall. Though not always easy, I got her to eat multiple little things along the way. I was a bit concerned about her hydration intake but she was holding strong, making incredible time and was on pace to run a sub-24 hour race.

It was around mile 77 when she first started to complain. Not unusual. In just about any ultra a runner hits extreme highs and even more extreme lows. As crew, we have to know what our runner needs be it commiseration and coddling or tough love ass kicking. With Sandy, it’s mostly the latter. We had one last stop in Aid Station #2 before a final trail back into the start/finish that would be her 80 mile mark. She chose to sit for a few minutes. Something she hadn’t done all race and she seemed to be struggling with energy but after a few minutes of rest we urged her up and out into the woods.

About three quarters of a mile in Sandy started saying that she needed to sit down again. Mid-trail and freezing, I tried to get her to go on. This was NOT the place to sit. All we needed to do was push forward less than a mile and I could let her sit for hours if needed. But she couldn’t take even a step and as I caved to her request to sit, Sandy collapsed. We were on the ground. Both of us. Sandy started shaking, not violently but her entire body was convulsing. I tried to get her to focus on me. I was almost screaming in her face to tell me she was ok but there no response. No recognition or awareness of me or anything around her. Her body went rigid and her eyes rolled back into her head and I won’t lie, I thought my friend was about to die in my arms.

I tried to process the situation. I was in the middle of dark woods in 30 degree weather. There was somewhere around three quarters of a mile of trail in front of us and three quarters behind us back to Aid Station #2. I started screaming as loud as I could. “HELP! RUNNER DOWN. I NEED HELP!” But the only response I got was the coyotes howling in the distance. As Sandy went in and out of weird states of semi-consciousness, I fought with the decision I knew I had to make; stay with her to keep her warm and awake or leave her lying there so I could go get help. I knew help was the only option and just as I stood up to leave I saw a headlight break through the darkness. Another runner!

Almost 80 miles into his own race, I told this guy the 15 second version of what was happening and he agreed to stay with her. I’ve always said that in road races, 99 percent of people would jump over a fallen runner and push for that PR but in trail races 99 percent would stop, help and sacrifice their own race for another. Thank you Matt for proving me right and helping us that night. I sprinted … well given I had run almost 30 miles I’m guessing it wasn’t much of a sprint, but I hauled ass as fast as I could to get help.

There was no vehicle readily accessible that could get down that particular stretch of trail. Sara didn’t hesitate. She grabbed my sleeping bag and started running into the woods. Jeff, a race volunteer hopped on a bike and took off behind her. And I eyed the little red wagon that I had carted all my gear in. I’ve never run pulling a wagon behind me and let me tell you it was awkward as shit and about half way back to where Sandy lay I started to feel foolish. What good was a wagon going to be?! Did I really think we could pull a grown woman in it. But that’s exactly what we did. Wrapped in the sleeping bag with my jacket as a pillow we put Sandy in the wagon and fought the dirt and trails to get her back to Aid Station #2. By then she was fully cognizant of  what was happening and there was only one thing she asked for … to get back out there and finish the race! In ultra running there is a fine line between bad ass and stupid.

Don’t worry. We didn’t let her go back in.

Lots of lessons learned this weekend. Everything from careful monitoring of nutrition intake to always always always carrying a whistle. My hydration pack has one attached. I wasn’t running with it. I’ll make sure we have better emergency plans in place as crew. And maybe take a refresher CPR and first aid course. I have no doubt Sandy will race another 100. It’s just the kind of strong, stubborn bad ass chick she is. And I have no doubt I will be there to pace her through it. But I think I’ll make sure to bring my wagon …

One Reply to “Little Red Wagon: A Long Haul Recap”