One of the best parts of this cross county adventure is that we have no real plan. With a Colorado ETA of August 2nd … or 3rd … maybe 4th, we have more than three weeks to spend where ever and how ever we want. We have a rough route planned but no timeline around it so if we find a place we love we’ll stay a few days. If we don’t connect with where we are, we won’t.

Our first stop after leaving Tampa was actually the last of my goodbyes. Given I’m not sure when I’ll be back east, I wanted a stop in Macon to see my friend Melissa. We spent two nights boondocking in her front yard indulging in food, fun and a little too much patron. 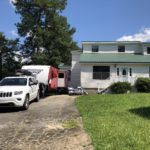 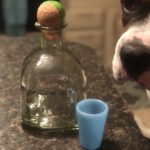 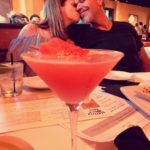 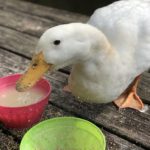 Spending our first two nights in a driveway had ulterior motive as well. It allowed us to feel out an average day in the camper. Though we did a couple trial runs in Maeve (Westworld fans will appreciate why this became the name of our Winnebago Minnie), the longer drives and added company of three dogs was sure to throw a wrench in things. Surprisingly the dogs did great. Far better than we expected them to do right off the bat. But we did have a couple minor camper glitches; a loose trim along the front sides and a broken sway bar pin. But we managed to get both fixed and focus on our visit.

Originally our next destination was Nashville but we decided to detour to something a little deeper into nature and we set our sights on Blue Ridge Georgia. We opted to take the scenic route and avoid Atlanta. It added another hour to the hour drive time but but we welcomed the feeling of knowing we didn’t have to rush. The drive was beautiful. We skirted the Oconee National Forest and into the cute college town of Athens. But as we dropped down a small hill at the edge of town, there was a low bridge at the bottom. The damage from countless vehicles ramming it over the years left permanent scars on the concrete beams. Don has years of experience driving big rigs so he quickly determined that it was better to pull into the oncoming traffic lane as it looked to have more room. We started slowly inching our way under the bridge with the windows down to listen for sounds of trouble … we heard it quickly. Not enough room. The top of the AC unit on the roof began to scrape the bridge. Thankfully, Don was able to back up the hill and get us turned around with little more than a 15 minute delay. We will need to replace the plastic cover on the AC at some point but thankfully we suffered no permanent damage.

A few phone calls and web searches left us with fading hope as every state park campground we called in Blue Ridge was booked solid but we stumbled upon a private RV lodge with space; The Blue Ridge Lodge and RV Park. A small park with only a dozen or so RV sites, it’s run by a super nice couple who made us feel right at home. Though we had really hoped to find a place on Blue Ridge lake, we’re only a couple miles or so from it and plan to spend tomorrow on and in the water. Best part … there are no alligators! 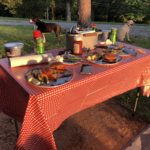 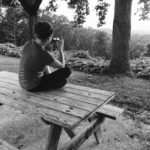 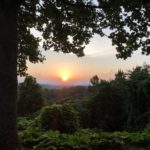 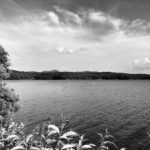 As we sit outside tonight listening to the chorus of crickets coming from the surrounding woods and watching the lightning bugs, I finally feel as though I’m disconnecting from the day to day routine of life. 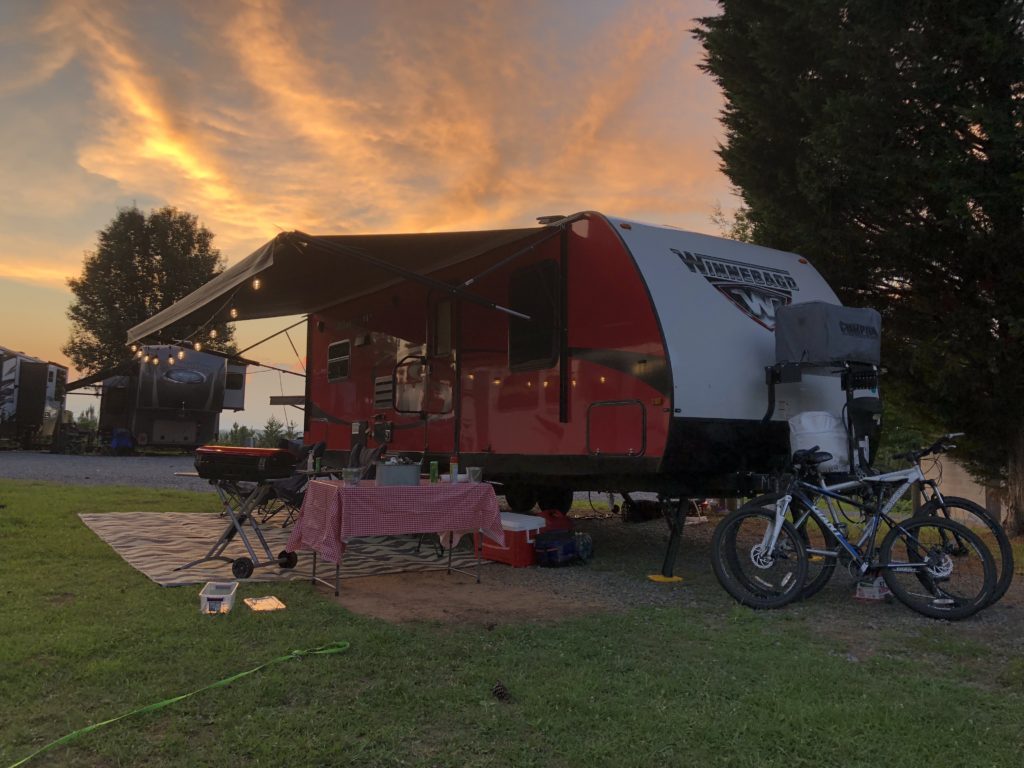 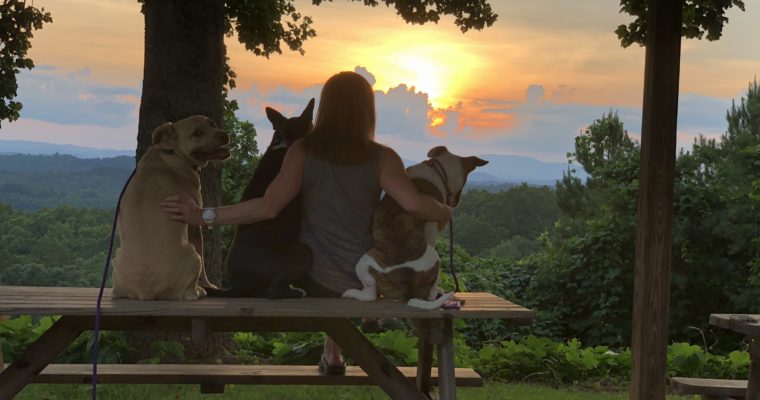 Call us nuts, but we’re traveling in a 27-foot camper for three weeks with three large dogs who we, lovingly, call the Brat Pack. They have their quirks (what dog trainer’s dogs don’t) but we adore them. Hendrix is an 8 year old White Swiss […]

2 thoughts on “Georgia On My Mind”