I grew up camping. Single mom. Three kids. We didn’t have a lot of discretionary vacation cash yet my mom still managed to show us just about every state in the continental U.S. and the campgrounds in them. We traveled by station wagon; a beat up brown Volare that sometimes got us where we were going without breaking down and sometimes didn’t. There were no cell phones back then of course but the CB that rode in the center console connected us to long distance truckers that knew the roads and helped us navigate accidents and speed traps. “Breaker one nine, breaker one nine. There’s three smokies rolling south at mile marker 84.” Yup, mom spoke trucker and so did I.

As a kid, I remember seeing KOA Parks everywhere. We never went in one. God knows we couldn’t afford them. I heard they had swimming pools and playgrounds and I eyed them with envy as we flew by on the highways they were built beside. But then, miles later, we would turn down some bumpy old dirt road, pull into a hidden oasis and I’d forget to wonder what lay behind the bright yellow signs. After tents were pitched, my brothers and I would tear off on our bikes looking for other campground kids to play with. From sun up to firefly-filled sun down, my tom boy days were filled with swimming, hiking, fishing and snake hunting. Nights were eel fishing and s’mores around a raging fire with mom strumming at her guitar. To this day, those vacations are some of my favorite.

When we decided to buy a camper and experience our move rather than rush through it, I worried I might feel a little pretentious. I’m a trail runner. Still a bit of a tom boy. I can pitch a tent like a pro. Is it still camping if I have ac and running water? But it didn’t take long before I had to admit this is the way to go! We have a few luxuries of home but can still enjoy the outdoors. When we mapped out our rough route to get to Colorado, we knew that we wanted some remote but also to take advantage of the chance to visit a couple cities we have never been to. And city camping likely meant a KOA.

Today we rolled into Nashville. As a musician, Don was eager to check out the scene. After a beautiful backroad drive leading into the city we navigated through traffic to a frontage road. Yogi Bear’s Yellowstone RV Park was first, then next door Camping World and finally the yellow sign of our KOA.

As a kid, I had no idea what I wasn’t missing. I don’t know though. Maybe back then I would have felt like a princess in the game halls and clean bathrooms. But to me a campground shouldn’t be a concrete jungle. We shouldn’t be row after row after row of RVs and campers within spitting distance of one another. Ice cream socials by the pool and giant inflatables for the kids do a huge injustice to my childhood days in the woods. I get it. There’s a difference between camping and living the RV lifestyle and I am no doubt still a camper.

We’re one night here. Don is out exploring Music Row. HOA rules, oops I mean KOA rules are no dogs left unattended so I’m happily hanging with the pups living vicariously through the pictures and videos he’s sending. 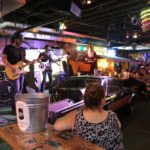 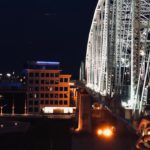 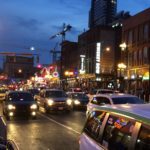 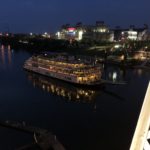 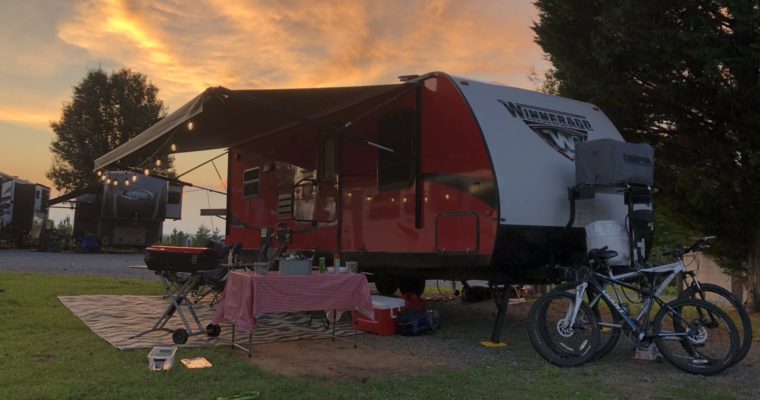 Tails, Tales
-
2 Comments
Pit Falls
How Do You Take Your Steak